The main goal of the Montelibero project is to build a sustainable successful society on a national scale, based on a combination of libertarian principles with local cultural foundations, which will be a convincing and effective practical example, demonstrating the global competitive advantages of ideas of freedom, non-aggression and self-organization.

The main method of achieving the goal is an open-type social experiment in the format of a game with a growing amount, during which hypotheses about the viability, attractiveness, scalability and strategic advantage of a social structure based on libertarian principles and the priority of civil self-organization over any violent forms, regardless of their ideological packing.

Activities within the Montelibero project are implemented in two main forms of subjectivity: the movement of the same name and the MTL fund.

The Montelibero movement is a self-organizing social movement that does not have predetermined organizational and legal forms and structures, whose members are united only by a commonality of goals and principles and are free to choose and implement their own forms, methods and trajectories.

MTL-fund is a structure in the form of an open joint stock company on the blockchain that provides organizational, technological and resource support for the project at the initial stages and acts as a coordinator, moderator and holder of meanings, values ​​and samples.

At the initial stage, the MTL fund operates in the following priority areas:

1 — It is proposed to consider a society successful, in which the highest values of indicators of wealth and life expectancy per capita have been achieved.

2 — The game with a growing amount here means an interaction in which the majority of the participants not only win, but the total gain is constantly increasing. 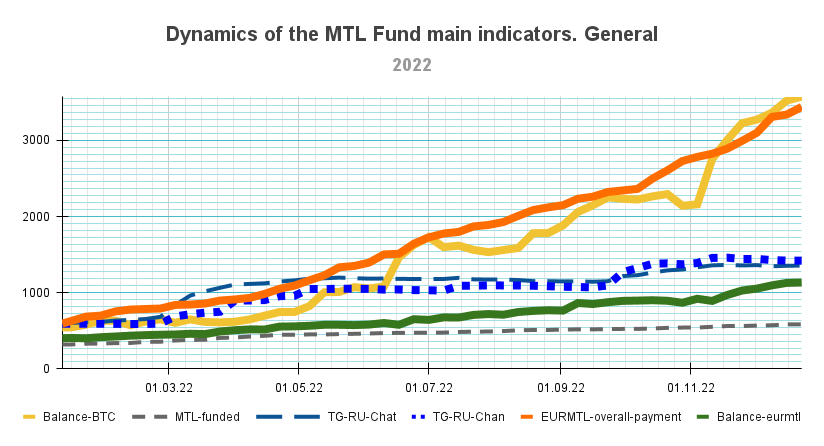